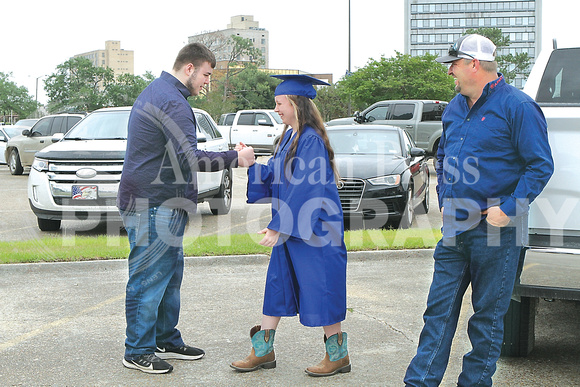 Donna Price / American Press
Parkview Baptist School graduate Whitney Burch engages her brother Brian Burch III in the sibling handshake the two have shared since they were young children as dad Brian Burch looks on Monday in the parking lot of the Lake Charles Civic Center. The Sulphur school’s graduation was set for 3 p.m., but grads and their families were instructed to arrive by 11 a.m. About the boots she’s wearing, Whitney said, “I told them I was not wearing heels.” She plans to become a registered nurse and will be attending Lamar State College–Orange in Orange, Texas.
© American Press
Powered by ZENFOLIO User Agreement
Cancel
Continue