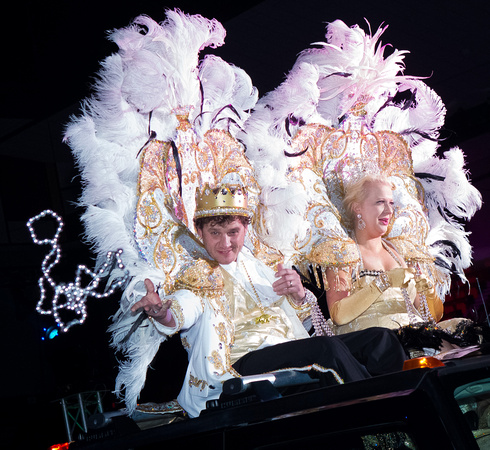 The audience has a chance to win grand prizes, dance and hail the kings and queens of more than 60 krewes. Guests in the Twelfth Night audience, who find "babies" in their pieces of King Cake, win lavish grand prizes which will include prizes from local merchants and businesses of Southwest Louisiana.
© American Press
Powered by ZENFOLIO User Agreement
Cancel
Continue